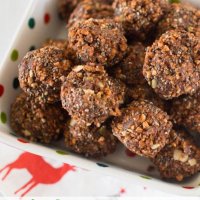 We love bliss balls at Kidgredients, so I thought I would make some crunchy ones for those kids who don’t love the squishy texture of normal ones.  These choco crunch bliss balls are awesome!  I’ve called them reindeer poop because my kids are currently obsessed with all things Christmas…which is kind of scary when you think there is a month to go!

Now all those coconut haters out there- this one is without desiccated coconut!  Did you hear that? No  desiccated coconut.  On that note, let’s clear a little something up.  A coconut is not a nut.  NOT A NUT.  It’s a drupe, or seed, but not a nut.  So it’s ok for nut-free school lunchboxes.  They would have to be coconut free for it to be an issue. Ok I’m taking off my ranty pants now, I promise. 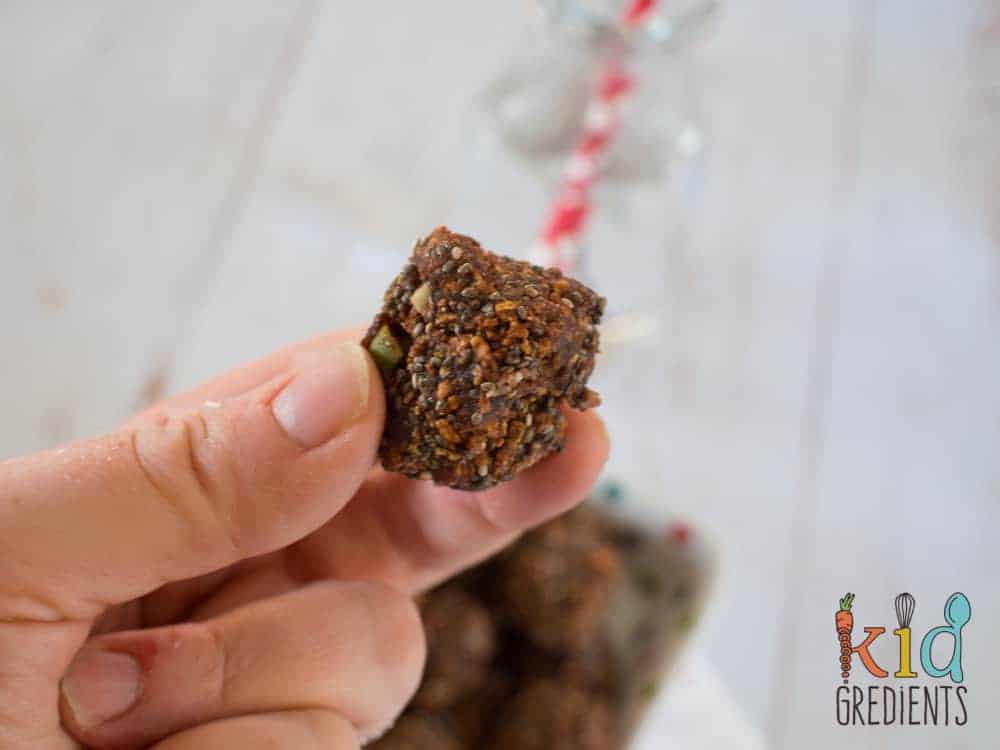 According to Master 5 these are chocolate balls.  Which makes me incredibly happy because he has become very anti pseudo chocolate lately…which has been causing issues.  Because generally speaking, it’s a rare day when they get anything with real chocolate in it here. These little choco crunch bliss balls are easy to make ( I made the batch for the photos whilst making the kids lunches) but they need to set for a couple of hours before they are eaten. They are a quick blitz in the food processor though- literally they took about 3 minutes to make!  Gluten free, dairy free so super allergy friendly for those of you struggling to find lunchbox fillers that are. Being so easy to make they are a great emergency lunchbox item- made with mostly pantry ingredients. If like me you’re trying to make them a little Christmassy…call them reindeer poop!  The kids find it hilarious!

If you want more of these bliss balls ideas, I got more for you below: