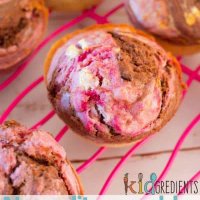 When it comes to cupcakes, they are more often than not jam-packed with sugar, colourings and flavourings as that is what makes them pretty and fun.  But these Neapolitan marble cupcakes are taking advantage of natural colours and taste amazing! What is with Neapolitan flavour?  Honestly, I’ve been to Naples (that’s where Neapolitan hails from as a describing word) and I did not see any Neapolitan flavoured ice cream.  I think it’s something that like many things named after a region are much more common overseas than they are in their home. I guess even by the Wikipedia definition, this isn’t true Neapolitan as it involves strawberry rather than raspberry.  And sure, you can do that, but you won’t get the obvious colour differences once baked without using additional colouring.   Strawberry tends to dull a lot in baking if it is pureed!

The other thing is, it’s super simple to use frozen raspberries for this. 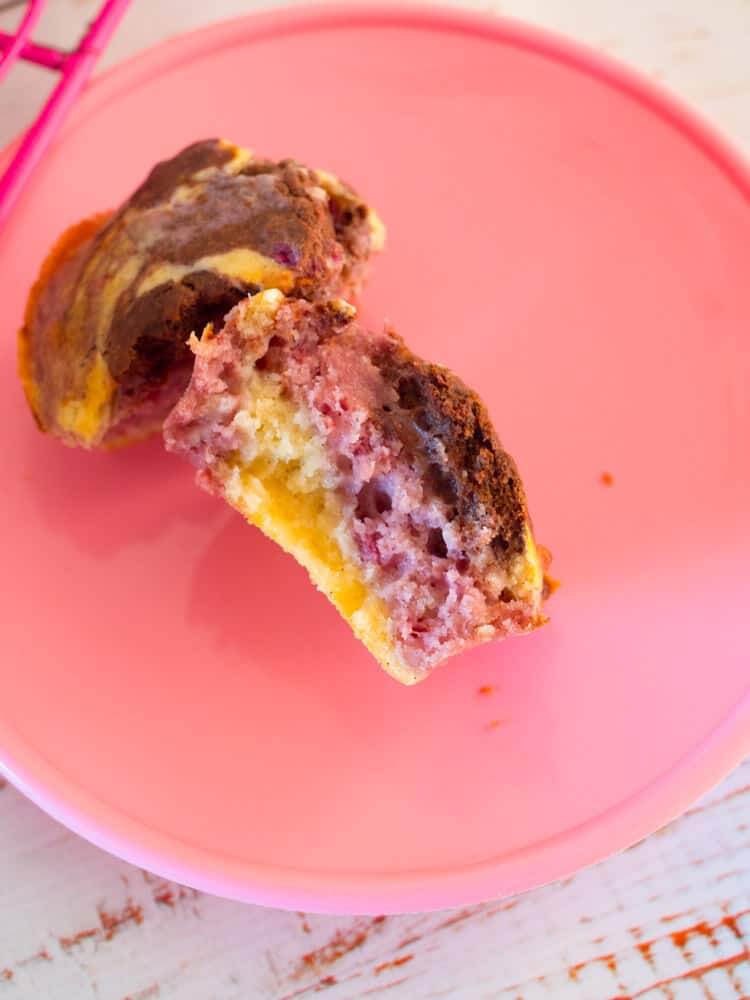 These cupcakes are fun to make and getting the kids involved is a great idea as the swirling together of the colours is quite fun.  Try different methods to see what comes up with the best swirls.  We did the “dump and pray” option.

It could have been prettier.

These cupcakes are super low in sugar, and the flavours are awesome!  They also freeze really well so are great for grab and go lunches. They defrost easily in the lunchbox before lunchtime too.

Random, but I didn’t notice that both of my rings had swung right around on my finger until I took that photo! If you want to be super cheeky, you could ice them, and bake them in paper liners so that no-one knows they are neapolitan until the first bite!

Previous Post: « Rebalance your family veggie intake with Perfectly Balanced
Next Post: “Yuck” and “I don’t like it” are banned in my house and here’s why »